Well-being and sports at west Row 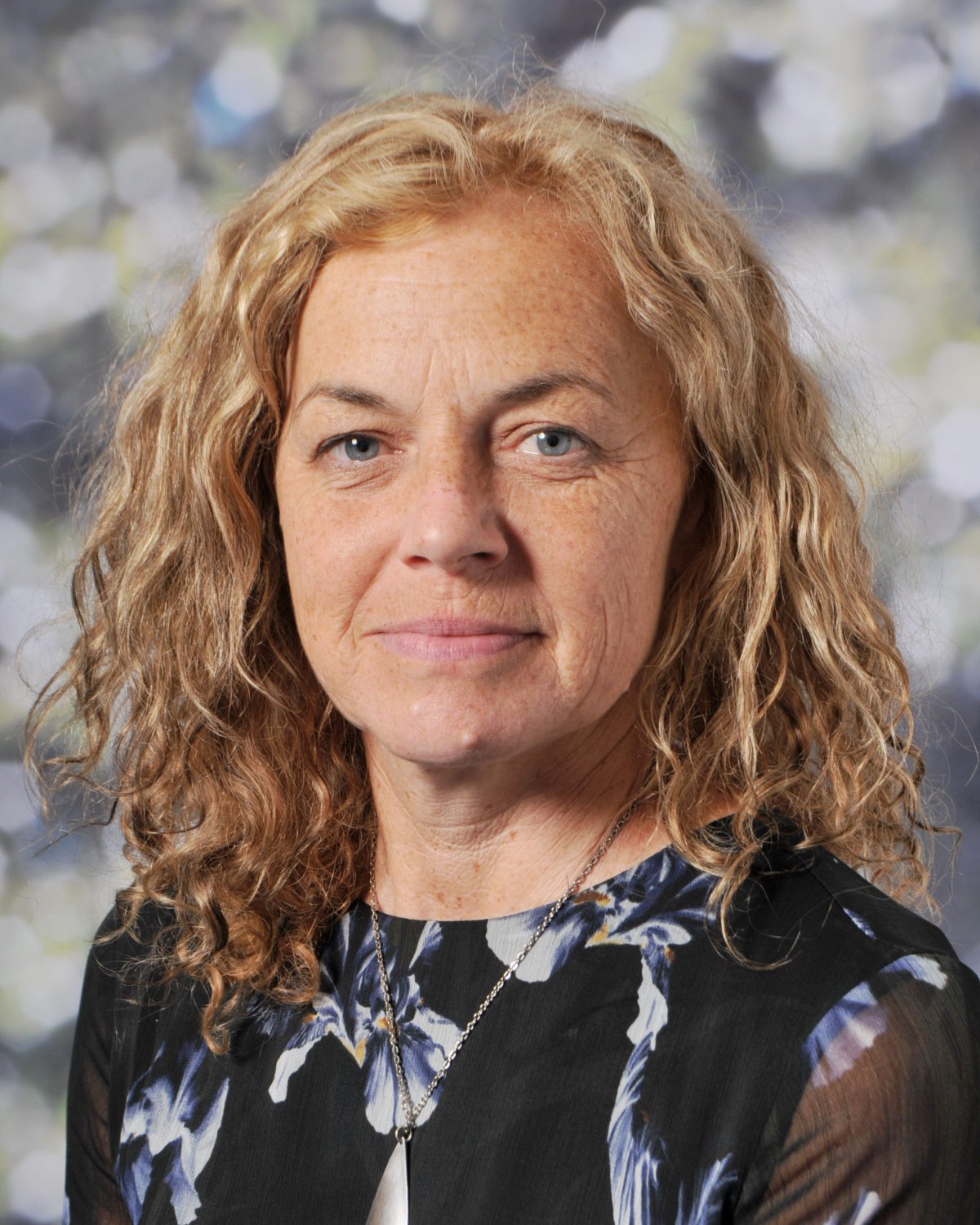 Early Years have been learning dance as part of their PE sessions.  The sessions are called 'On Parade' with turns, marching and following a beat of music.  The sessions have a wonderful link with music including: 'Marh of the Oysters' from Thunderbirds and Prokofiev's Love of Three Oranges suite.  Well done Reception pupils at getting so speedy at changing into your PE kit!

Key Stage One have sessions based on multi skills and dance.  Multi-skills sessions are a carousel of activites learning to dribble and hit balls.  There is a lot of work on co-ordination (hands and feet).  For dance sessions pupils are composing movements using weather as the stimuli.  The dance performance has them working alone, in partners and in small groups.

Lower Key Stage Two have sessions based on dance; and, personal development and fitness.  The dance compositions are about the solar system, linked to our science topic last term.  We've been learning to use different pathways and levels, and to use unison and canon when dancing with a partner.    We are learning about respect -being a respectful and participating team player - through our fitness session that are based around playground games.  These playground games have moved into orienteering!

Thanks to the British Orienteering Association for their marvellous lesson plans!

Upper Key Stage Two are learning hand ball as a skills and competition.  Their fitness session is through basketball.  They are focusing on respect as a personal development goal.  Questions they are answering about respect include: what helped you to respect other people?  How can you use what you have learnt in other parts of your life?  Thanks to Coach Bradley from West Suffolk Wolves for leading the basketball fitness.  Thanks to Mr Adair for his brilliant sessions on hand ball. Our PE Assemblies are about keeping fit and working together.  This half term we have been using our new playground games.  Here's how it looks! 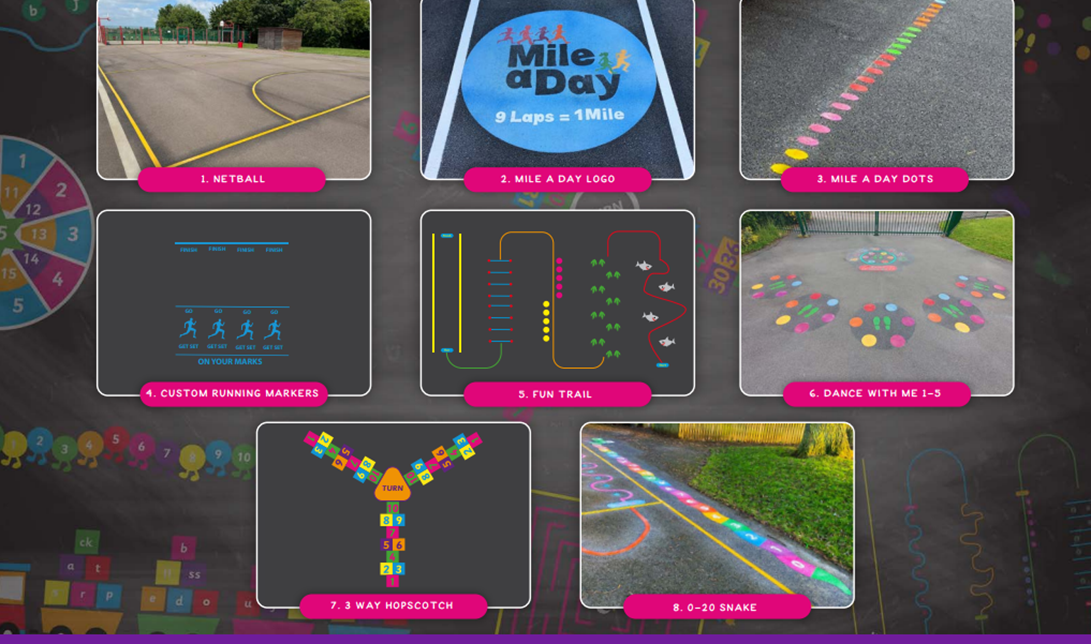 We held our Explore Outdoors and Sports Festival at the start of term. The aims were: to be confident at trying out new things; and connecting with new classmates and outside (our value this half term).

The days were sponsored by Active Suffolk. “This organization has been great at supporting our school with resources and ideas for keeping pupils active,” said Ali Miller

“I loved the Sharky Sharky Fishy Fishy Game because it was really fun.” Year 2, Max

“I liked climbing best. I went higher than I’ve ever been before!” Year 2, Harley

“The bread making on the real fires was best because we got to eat the bread.” Year 2, Tessa

“My favourite was the campfire because we made hot chocolate.” Year 3, Phoebe

“I enjoyed everything. I really want to do the rock climbing again,” Year 3, Hunter

“I had never done geo-caching before, you had to keep moving,” Year 6, Lenon

“You have to use a flint and steel for firelighting and the flint needs to be at 45 degree angle,” Year 6 Charlie

“This was absolutely brilliant, the pupils had a great time!” Year 3/4 Teacher

In Monday’s Virtual School Assembly we announced the winners of this year’s Sports Days.  Congratulations to Unicorn House for a convincing victory.   Here are the results. The colours represent: Pegasus, Griffin, Unicorn and Phoenix. 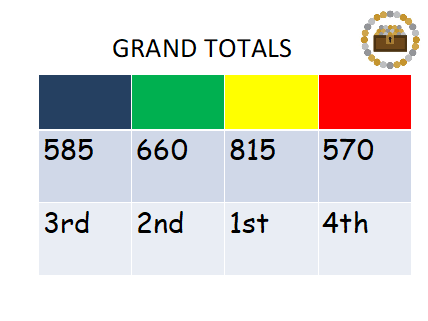 Each year group bubble competed in a morning of athletics: triple jump, javelin, relay, sprint and obstacle (for light relief).  We have inter-house sports competitions each half-term for the PE skill that pupils have been learning and Sports Day is the final competition of the year.  Pupils took part in at least 2 races depending on the size of the house.  The competitions are highly competitive, so we streamed pupils to ensure it was a positive, festive experience for every pupil.  Here are the results for each year group bubble. 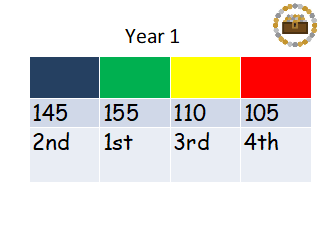 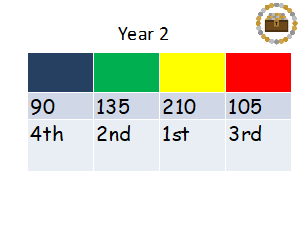 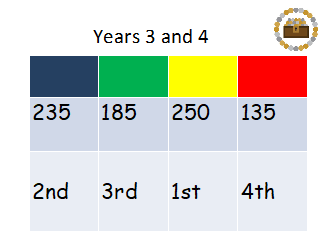 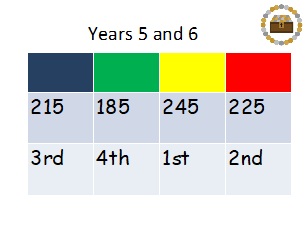 Unicorn’s yellow ribbons are now on the Sports Cup, and it will spend time in each class. 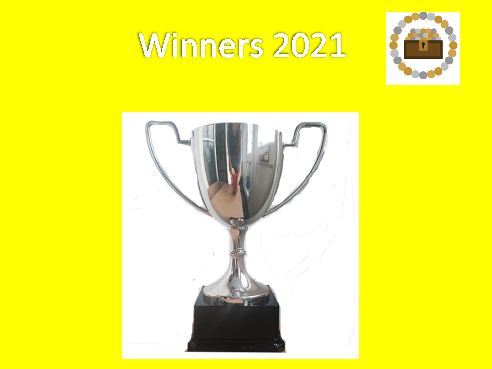 Year 3 and 4 have just played their inter-house tournament.  This was basketball and followed the skills they had learnt in the previous six weeks.  Here they are taking part in the tournaments.  Each pupil played in three matches.  It was brilliant fun especially when pupils unexpectedly scored a basket!

Here are the results!